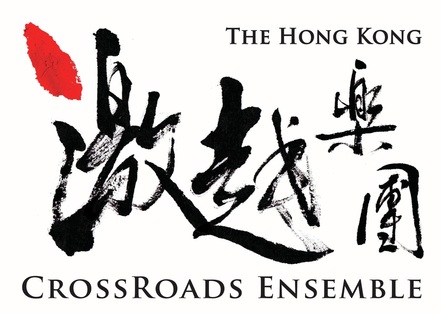 “Crossroads” means “sparks, spatter, break through barriers and free unlimited dynamic realm.
​
The HKCRE is newly established in 2015 and our members are the local music graduates. The purpose of this group is to further to promote AYMC event(s) and to introduce, “Innovation from Tradition” to school campuses and communities in Hong Kong, and to reach out more audience and to make it a more sustainable development potential broadly to the public.  We also help to develop young local musicians and composers to the best of their abilities to the across styles and genres.

Our ensemble has been invited by the Commissioner for Heritage's Office of the Development Bureau, to explore the cooperation opportunities with AYMC in running a music series concerts in the revitalised historic buildings on Jan, 31, 2016 at Mei Ho House (YHA Mei Ho House Youth Hostel) in Sham Shui Po.

In 2018, HKCRE has presented  a multimedia concert at Y-Studio in the Youth Square sponsored by the Hong Kong Arts Development Council Grant, and two cross-cultural concerts at HKAPA Recital Hall featuring two newly commissioned works by the two emerging young composers from Hong Kong sponsored by the Creative Collaboration Project Fund at HKAPA. 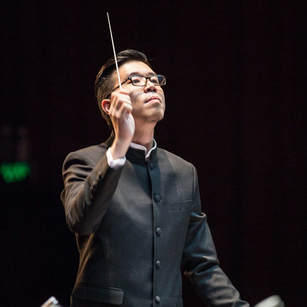 Kwok Kin-ming is currently a Music Officer of the Chinese Music Section at the Music
Office, responsible for the administration of the Instrumental Music Training Scheme,
concurrently serving as conductor of the Hong Kong Youth Chinese Orchestra and the
Music Office Children’s Chinese Orchestra. 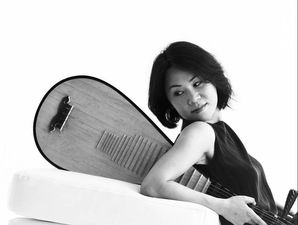 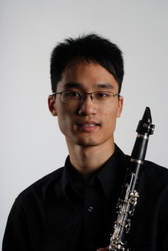 Calvin Leung Chin Lun studied at Hong Kong Academy for Performing Art with Maria Wong and Andrew
Simon and received a Master of Music Performance. He has won numerous prizes and awards in both local
and international competitions. He has performed with Macau Orchestra, City Chamber Orchestra of Hong
Kong, Hong Kong Professional Winds, The World Association for Symphonic Band, Ensemble International
Youth Wind Orchestra and Music Viva. He has performed frequently in Hong Kong and abroad including the
Montecito International Music Festival, Music Seminar in Kitakaruizawa and Macau International Music Festival. 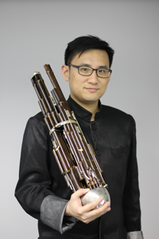 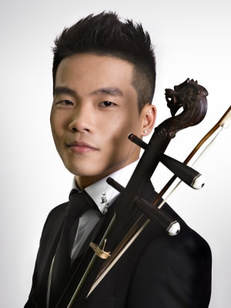 An active Huqin (Chinese strings) musician and Chinese music conductor, Nero Lee
Ka-him was born in Hong Kong, and graduated with a Master of Music degree at the
Hong Kong Academy of Performing Arts.

Lee studied various types of Huqin with Pang Yui-sing, Hou Shin-chieh, Yu Qiwei,
Chen Yaoxing and Wong On-yuen, and advanced his profession in conducting through
learning from Ho Man-chuen. Apart from being a member of the Hong Kong Art
of Huqin, Lee has been appointed as the concertmaster of the Hong Kong YWCA
Chinese Orchestra and Hong Kong Academy for Performing Arts Chinese Orchestra.

​As a Huqin soloist, Lee has collaborated with well-known conductors and composers
including Xia Feiyun, Ho Man-chuen, Hong Xia, He Zhanhao, Zhu Changyao, Wu Hua,
to name a few. Lee has also been frequently invited to perform with different groups,
and his performances have reached Mainland China, and other overseas countries,
including Belgium, The Netherlands, Germany, Austria, Australia and Singapore. 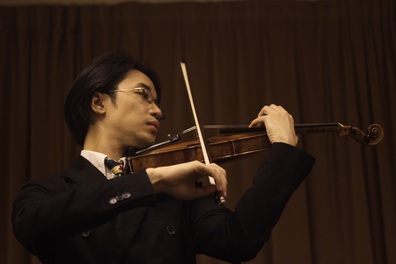 Zheng Yang
Zheng Yang began his musical life in violin at the age of 4, and has become a student of
Professor GuanWang under Shenyang Conservatory of Music when he was 6. In November 2000, he entered the Central Conservatory of Music, and started learning violin from Professor Hong Wang in Beijing. He was once the Associate Principal First Violin of China Youth Symphony Orchestra.

He came to Hong Kong in 2009 after being offered a full scholarship from the Hong Kong Academy for Performing Arts to study with an American born Chinese Violinist, Professor Michael Ma; as well as study Chamber music with a famous violinist, Mr. Ivan Chan.  He becomes the Hong Kong citizen in 2016.